Like all new buildings on the Manhattanville campus, The Forum has a transparent ground floor that is open to the public. (Photo: ©Nic Lehoux) 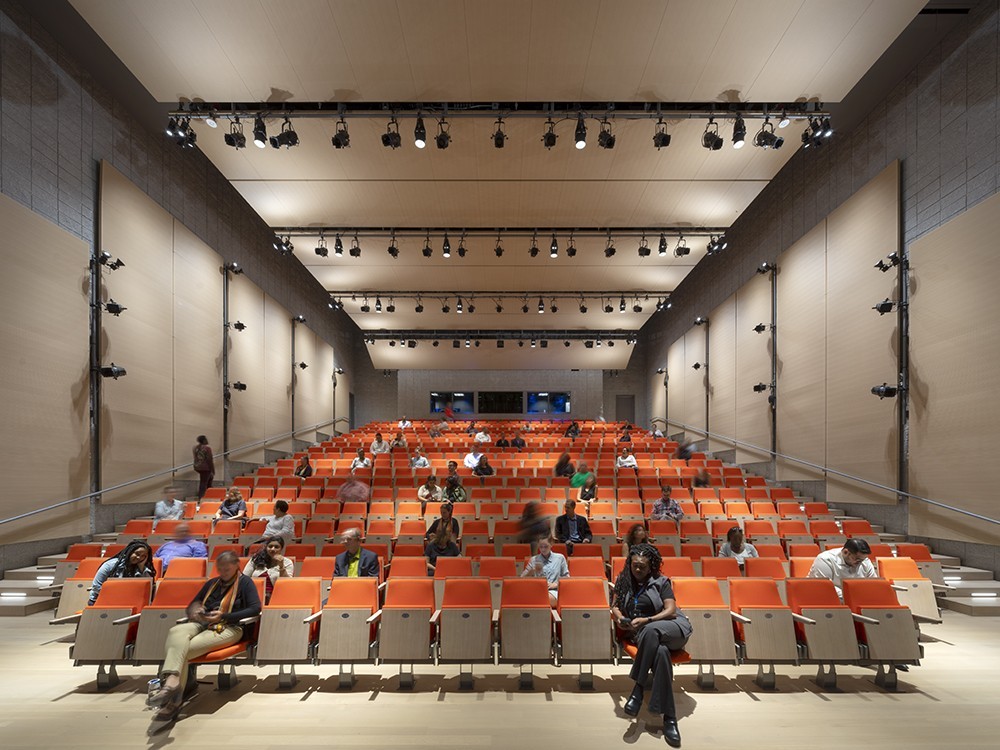 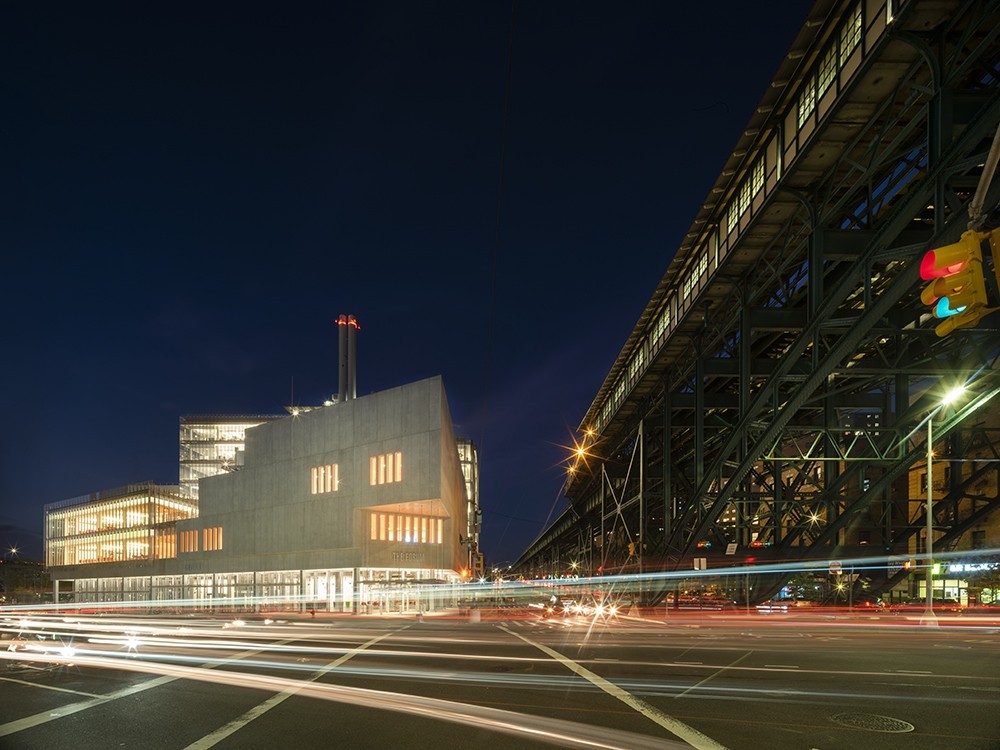 Located at 125th Street and Broadway, The Forum serves as the gateway to the Manhattanville campus. (Photo: ©Nic Lehoux)

The Forum, the third new building to open at Columbia University’s Manhattanville campus, was recognized with a 2019 Merit Award in the Architecture category from AIA New York, the oldest and largest chapter of the American Institute of Architects.

The three-story, 56,000-square-foot Forum, which opened in September 2018, was designed by Renzo Piano Building Workshop, with Dattner Architects as executive architect and Caples Jefferson as associate architect.

The building, which serves as a gateway to the new Manhattanville campus, features a 437-seat auditorium, a variety of meeting rooms and offices, and community programming at street level.  Offices on the upper floors of The Forum are initially being used by two University-wide Columbia programs: Columbia World Projects, an initiative that aims to bring university research systematically out into the world in the form of projects that will help guide the way to solutions to intractable problems; and the Obama Foundation Scholars, a year-long academic and civic leadership program part of Columbia World Projects designed to strengthen the expertise and knowledge of individuals with a demonstrated ability to be transformative leaders in their communities, nations and the world.

Like all new buildings on the Manhattanville campus, the transparent ground floor is designed to invite the community into the building.  The Forum’s street-level space intended for public use includes a café, ample public seating with free Wi-Fi, an information center, and an open area where Columbia’s schools and divisions will offer programming.

The functions accommodated within The Forum dictate the building’s architectural vocabulary. The opacity needed for the largest volume within the building, the auditorium, is expressed on the façade with a skin of prefabricated concrete with punched windows, whereas the offices, which require daylight, are expressed with a glazed façade. The visually transparent ground floor, also with a glazed façade, is both conceptually and physically open to the public. Mechanical systems are made visible on the roof, in keeping with the intention to show The Forum as a purpose-built machine.

The Forum’s honor is the second AIA New York award recognizing the Manhattanville campus.  The Lenfest Center for the Arts previously received a Merit Award in 2018.

A jury of independent architects, educators, critics, and planners convened at the Center for Architecture in early January to select the 27 winning projects of the 2019 AIA New York Design Awards.  To qualify for an award, submitted projects had to be completed by AIANY members, architects/designers practicing in New York, or be New York projects designed by architects/designers based elsewhere.  Thirteen of the 27 winners are projects located in New York City.

The 27 selected projects and the architecture firms that designed them represent the exceptional work by AIA New York members and architects practicing in New York City in five categories: Architecture, Interiors, Projects, Urban Design and Sustainability.  Each winning project was chosen for its design quality, response to its context and community, program resolution, innovation, thoughtfulness, and technique.  Recipient projects will be on view at the Center for Architecture’s 2019 AIANY Design Awards Exhibition, opening April 15, 2019.  Winning projects will also be recognized at the Honors and Awards Luncheon on April 15, 2019, at Cipriani Wall Street.